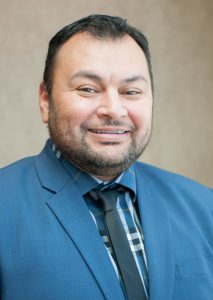 Tomas Garza is the Legislative Associate for The Gualco Group, Inc., joining the Firm in 2008.

As such, Mr. Garza is tasked with assisting in lobbying efforts and client relations. Some of his duties include maintaining bills files and performing research on legislation. Mr. Garza also maintains the Firm’s legislative tracking system and website.

Subsequently, he spent some time working at the California Restaurant Association as a Legislative Assistant. While with the CRA, he assisted with CRA’s lobby day and reception, organized twice-yearly member policy seminars in Sacramento and managed the legislative tracking system.

In 2016, Mr. Garza founded the Sacramento Youth Equestrian Academy, a non-profit organization whose mission is to extend equestrian sports and equine therapy to disadvantaged and foster youth in Sacramento County.