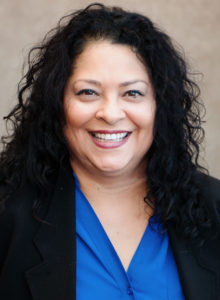 As Senior Government Relations Advisor for The Gualco Group, Lisa Rodriguez has served in a variety of staff and lobbyists positions, and she knows California advocacy from the literal ground floor to the Governor’s Office. Lisa is a shoe-leather lobbyist, always in motion for the Firm’s clients. She enjoys being in committee and regulatory hearings and understands the importance of making herself visible in and around the Capitol to make sure she has a voice on behalf of the Firm’s clients. Ms. Rodriguez understood early in her career that strong communication among legislators, staffs and stakeholders are vital in her role.

Ms. Rodriguez is an acknowledged expert in complex energy and related environmental issues, including but not limited to:

Ms. Rodriguez joined the Firm in June of 1996. “Jackson has an impeccable reputation among the Members, and lobbying community and that’s why I came on board when offered the opportunity,” Ms. Rodriguez says. She’s been a registered lobbyist for almost a decade, with many long-term client relationships.

She also plays an integral role in contributing objectives and goals for the firm’s marketing strategy and consulting efforts.

Ms. Rodriguez received a Bachelor of Arts degree in Political Science from California State University, Sacramento (while working full-time) and holds a certificate in Business Administration with Marketing from the University of California, Davis.